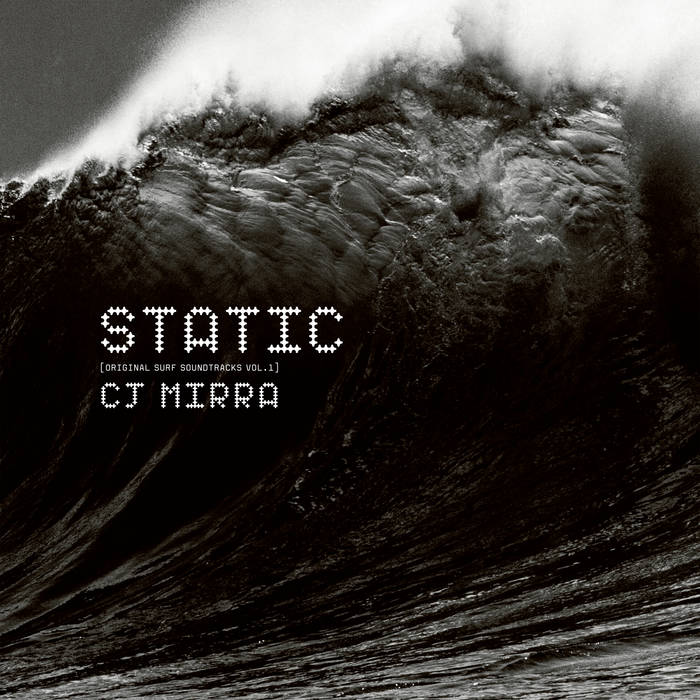 As the boundaries of surf exploration expand to the furthest reaches, so too does the soundtrack that accompanies the journey.
CJ Mirra’s ‘STATIC - Original Surf Soundtracks Vol.1’ released this Spring serves to stir up the wanderlust for those new frontiers.

Ethereal soundscapes, lo-fi guitar excursions and rising orchestral, neo-classical moments summon images of the wild, awe-inspiring surf destinations – Iceland, Ireland, Scotland, The Faroes and beyond. Aficianados of cold water cinematic adventures will already be familiar with CJ’s work. The album is a selection of 8 tracks, each originally composed for one of a number of award winning surf films scored by CJ Mirra over the past four years. “The light, the landscape, the size of the waves and colour of the water all had an influence on the sound,” says CJ on harnessing the essence of these cold water locales.

A musician and composer, CJ Mirra’s entry to the world of surf film came through acclaimed director Chris McClean after Chris heard an early track that was leaked online. This led to a unique partnership that has produced over 20 short films screened at festivals worldwide from SXSW to London, as well as the award-winning live A/V show ‘Chasing Zero’. The critically acclaimed ‘Edges Of Sanity’, with poetry by Dan Crockett narrated by Charles Dance, features on the album alongside a series of evocative and ethereal tracks taking the listener on a journey across an epic surfscape.

“The music has an identity of its own beyond the films, putting them into an album tells the story of this unique collaboration,” explains CJ Mirra, while the project itself is a continuation of his creative relationships. “Chris designed and took the photos for the cover artwork; Dan has written a bespoke short poem.”

‘STATIC - Original Surf Soundtracks Vol.1’ is available on digital download, cassette and limited edition gatefold 12” vinyl through The state51 Conspiracy, a new ethically-minded record label. “We want to reward and invest in brilliantly talented musicians making inspirational music,” says the label of their relationship with CJ Mirra. “In this project we found the mix of incredible surf film footage with irresistible ambient musical pieces a richly rewarding experience.” The vinyl, produced in association with Finisterre will also be available through the surf brand’s UK stores and website.

Bandcamp Daily  your guide to the world of Bandcamp